The self-propelled gun served in the British Army almost 20 years from 1977 to 1996 as part of the armored forces. The combat vehicle was equipped with five anti-tank Swingfire missiles with a range of up to 4000 meters and a remotely controlled aiming system.

According to the largest in Canada, the site of ads Kijiji, Striker Philpitta has a mileage of over 111,000 km and is equipped with a new gasoline engine from Jaguar. As Steven assures, the combat vehicle accelerates to 64 km / h.

After the write-off, Striker was disarmed, although the missile PU and smoke arresters remained in their original places, and instead of the Swingfire missiles, educational ones are in the guides. There is also no standard machine gun GPMG cal. 7.62 mm with an ammunition of 3000 cartridges.

In the absence of real combat work, Filpett found her unusual use – crushed two old cars (good, weight of the self-propelled gun – 9 tons – it allows) and demolished two sheds. So, if anyone needs these services – the decommissioned self-propelled gun is always ready to work. 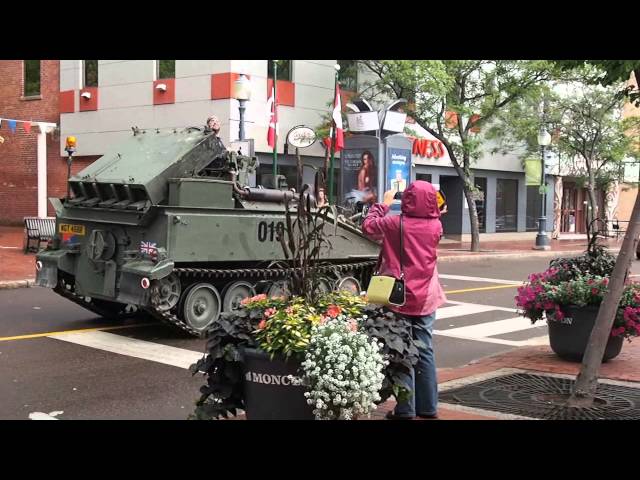